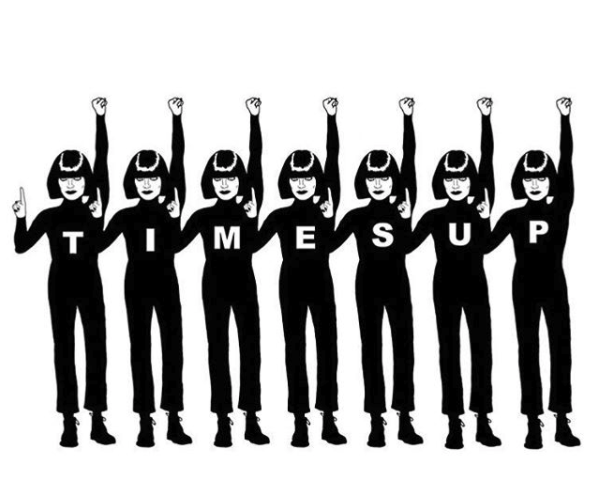 This week we’re saying time’s up – on abuses of power, on President Trump’s racism, and on hypocrisy writ large.

Time’s Up dipped their toes into their first activist stunt by successfully encouraging Golden Globe attendees to don black in solidarity against rampant sexual abuse in Hollywood. And to show their solidarity with women from all industries and backgrounds, many Time’s Up founders brought seasoned activists as their plus-one’s, nudging them to the microphone during red carpet interviews. Ai Jen Poo wrote about her experience as Meryl Streep’s plus-one for Cosmopolitan.

With so many men at the Golden Globes feeling obligated to show their support in the form of Time’s Up-branded lapel pins, it was inevitable some of them would subsequently be outed for their own inappropriate behavior. The ceremony wasn’t even over before James Franco, Time’s Up pin glinting as he accepted his award for Best Actor in a Comedy or Musical, was finally being called out for his long-known history of assault.

The biggest moment of the Golden Globes, however, came in the wake of Oprah Winfrey’s acceptance speech for the Cecil B. DeMille Award. We’ll leave the analysis over her worthiness to run for U.S. president to FRESH speaker Sally Kohn and instead take this moment to acknowledge Oprah as one of the greatest orators of our time. Starting with a personal story about seeing the first African-American man, Sidney Poitier, presented with the same award when she was a child and continuing on to a poignant anecdote from history, Oprah balanced powerful emotion with timely relevance to great rhetorical effect. We aren’t surprised that a previous speech & debate competitor who’s been inspiring the nation for decades could pull off such an emotive speech, but we’re definitely taking notes.

In less inspiring news, discussions of journalism ethics dominated twitter early in the week when it was discovered that Harper’s was planning to reveal the identity of the woman who created the “Shitty Media Men” spreadsheet last fall. The spreadsheet, which was intended as a digital whisper network for women working in low-power positions in media, garnered controversy left and right when it went viral at the height of the #MeToo resurgence. Within a few hours The Cut, gave the spreadsheet creator Moira Donegan a platform to tell the story on her own terms – a brave, but sadly necessary move.

In politics this week, President Trump tried to prove he was a “stable genius” by accidentally agreeing to a Clean DACA Bill – proving his complete ignorance over basic policy initiatives – and called Haiti and African nations “shitholes.” UGH. We are so done with his egregious behavior going unchecked. Thankfully, powerful voices like Don Lemon are no longer holding back.

For some better news…

This group of thirteen-year-old girls started a new organization called The Period Monster to provide menstrual supplies and care packages to the homeless.

Vox journalists finally got justice. They’ve obtained recognition of their union and will now be able to advocate for their rights to Vox Media and its parent company.

Roxane Gay has a new advice column with The New York Times and we could not be more excited to get a regular dose of her wisdom.

Finally, our reFRESHing Talk of the Week comes from FRESH friend Sue Jay Johnson discussing how we can infuse sense and feelings into The Talk with our kids.

Our speakers’ new and upcoming books were all over recommended reading lists for the New Year – from Shondaland to Glamour. Make sure you don’t miss upcoming books from Sally Kohn, Brittney Cooper, and Jamia Wilson.

In promotion for her upcoming book Eloquent Rage, Brittney Cooper sat down to explain her beef with the word “empowerment” and how it can sometimes fail to give credit to the systemic power structures at play.

Angela Patton is kicking off the new year by Repaving the Road to Opportunity for her organization, Girls For A Change. You can donate today to help them purchase a van to help even more girls access Girls For A Change’s after-school programs.

Jackson Bird gave a talk at YouTube to fellow creators from around the globe about the paradox of being authentic as an online personality while retaining boundaries and privacy.

Writing in the LA Times, Ayana Elizabeth Johnson shed light on some of the hypocrisy and ignorance at play in the presidential administration’s declared environmental goals.

LifeHacker shadowed Jamia Wilson on a day of work at Feminist Press to see how she organizes her day. They also sat down with her to get some of her top public speaking tips.

After four years of life-changing work at Levo League, Tiffany Dufu is moving on and took some time to reflect on what she’s learned as a Gen Xer working for millennials. We are so excited for the next phase of your journey, Tiffany! 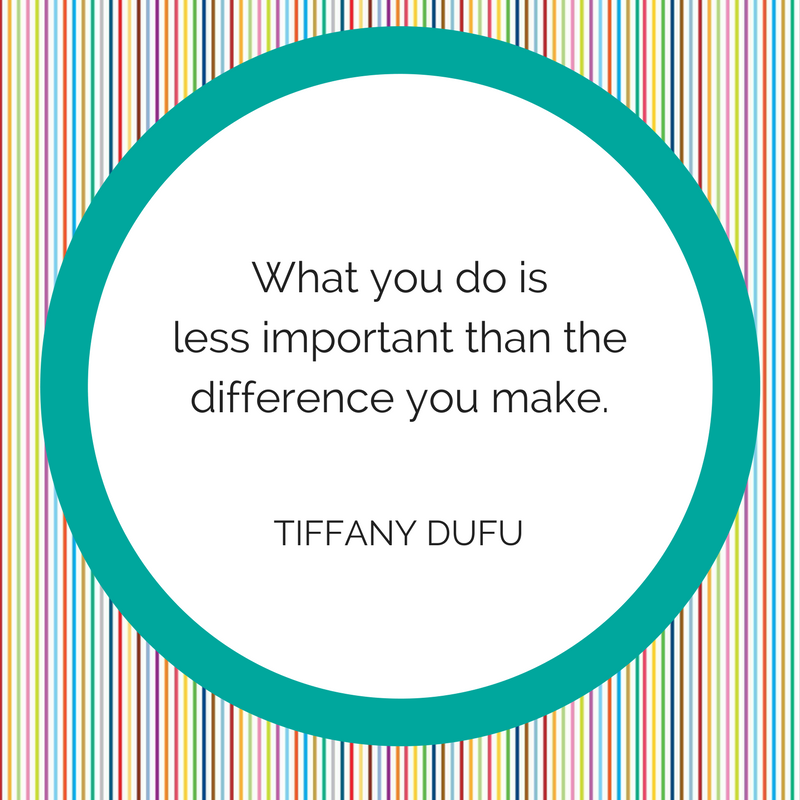