Burning Down and Rising Up – The reFRESH 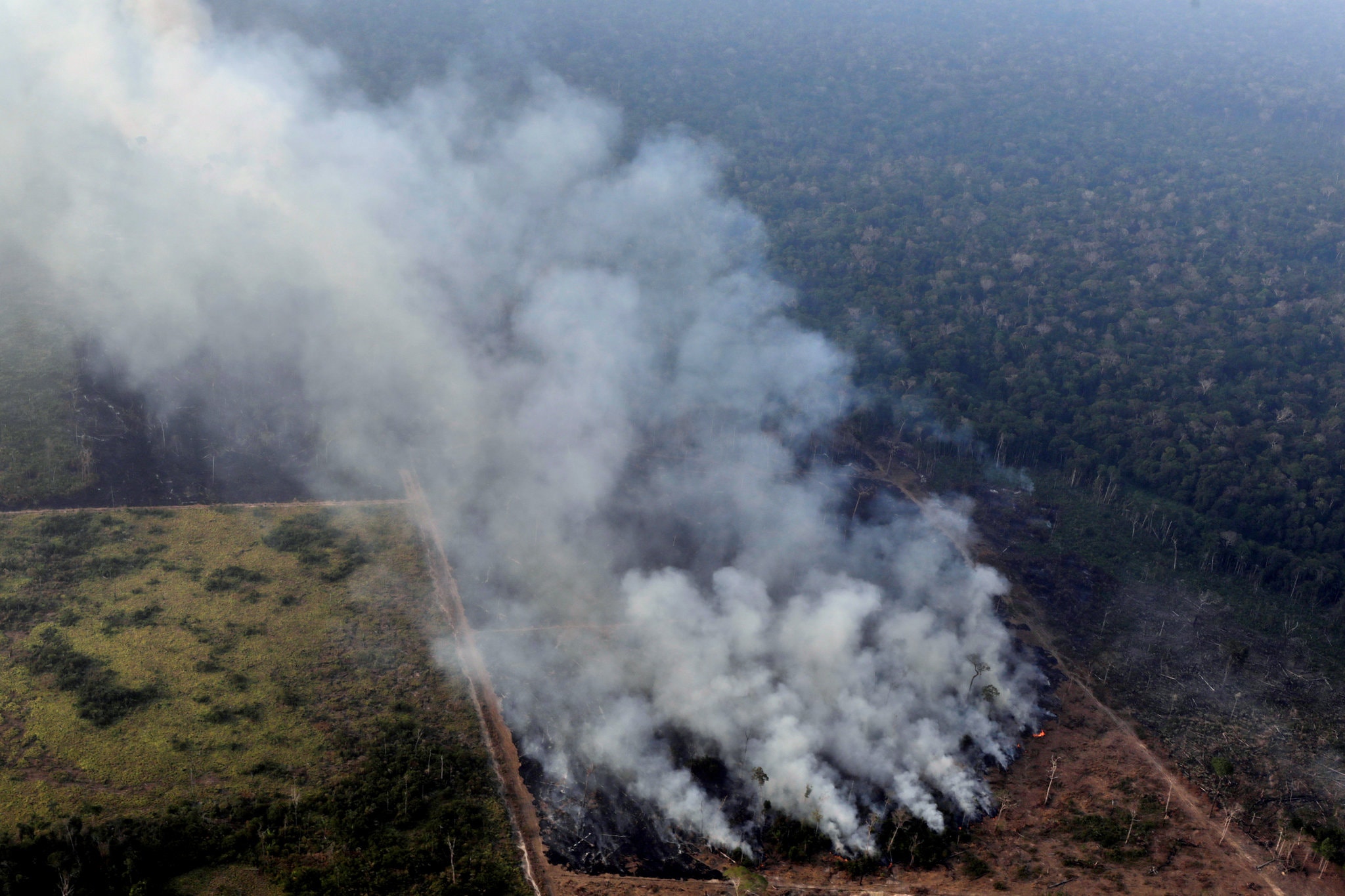 This week we’re discussing the complexities of the Amazon Rainforest fires, including how we can (or can’t) help and how to stay mentally healthy in the wake of the climate crisis.

The Amazon Rainforest is being burned and, at a certain point, we won’t be able to recover.

If destroyed or degraded, the Amazon, as a system, is simply beyond humanity’s ability to get back: Even if people were to replant half a continent’s worth of trees, the diversity of creatures across Amazonia, once lost, will not be replenished for roughly 10 million years. And that is 33 times longer than Homo sapiens, as a species, has existed.

If you haven’t had time to sit down and understand the situation yet, we recommend The New York Times’ The Daily podcast, which includes a video and background reading in addition to the audio episode.

If you want a quick hit or need a primer to share with people, Hank Green made an accessible seven-minute video on the political set of circumstances that led to this point.

It’s a complicated mess of a situation, rife with the worst kinds of chauvinistic toxic masculinity, but you can at least help on the environmental side of things in small ways. Here are some suggestions from BuzzFeed.

Also, fires are getting worse all over the world. Just your casual pre-weekend reminder that the world is both figuratively and literally on fire.

Speaking of which, our reFRESHing Talk of the Week is Britt Wray’s TED Talk about how climate change affects our mental health.

The big news of the week is that we announced our newest class of FRESH speakers! Read all about them in CEO Vanessa Valenti’s Medium post, give ’em a follow on Twitter, and head over to our Speakers page to start booking.

New speaker Thomas Page McBee wrote for Playboy about their flawed interview with Wendy Carlos in 1979 and how journalism is still failing marginalized individuals.

Samhita Mukhopadhyay shared a deeply personal essay for Teen Vogue about her journey to embracing the word “fat.”

Amanda Phingbodhipakkiya was featured in a video for NBC’s “Know Your Value” series, discussing her work and inspiration.

For Women’s Equality Day, Pat Mitchell wrote about the lesser-known heroines of the women’s suffrage movement. Don’t forget to preorder her book Becoming a Dangerous Woman: Embracing Risk to Change the World, which comes out October 8th.